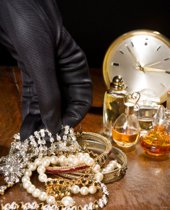 In June, the Wall Street Journal named West University Place as “the Richest Town in Texas”.  An upsurge in crime has since followed, including several aggravated assaults and an active shooter. Did this article make us a target?

Probably not. West U has long been known as well-heeled. I suspect that the increase in crime is more likely related to the softening of the Houston economy. In addition, more crimes tend to be committed as we head into the holiday season.

But the real issue is not what happened, but what we intend to do about it.  Be honest, people.  We residents of West University Place have a tendency to get complacent.  There are times when we all need a wakeup call.

At a recent West U Rotary Club meeting, HPD Officer Rick Retz showed a training video about how to react during an “active shooter” situation.  Taking a page from the old “Stop, Drop, and Roll” instructions, the new advice is “Run, Hide, and Fight”.  In other words, run away if you can; hide if you can’t; and turn and fight if there is no other option.  Recent research has shown that active shooters do not respond to negotiations, so expect first responders to concentrate solely on stopping the gunman. The second wave will deal with the wounded.  The irony is, the Rotary club booked this sobering speech long before Nathan Desai began his rampage.

And watch for upcoming reports from West U’s City Council meetings.  Along with a proposed tax increase, the hot topic is likely to be neighborhood security.  Will it involve more officers? Cameras? Our CodeRED service?  Stay tuned….