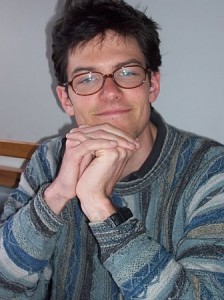 I am pleased to welcome Cameron Blaylock back to Roger Martin Properties.  Cameron worked for us while he was in high school, as reported by this article in the Houston Chronicle...

"Roger Martin Properties has lured back Cameron Blaylock, who first worked for the real estate company on a part-time basis while he was attending Lamar High School.

"Company owners Roger and Ann Martin were impressed with Blaylock, and referred him to the West University Rotary Club's International High School Exchange Program, which sent him to Germany.

"Blaylock lived with two German families while abroad and attended the local German high school. He became fluent in German and began artistic work in photography in the Arts Department. Blaylock returned to Houston and graduated with high honors in the International Baccalaureate Program in Art and European History from Lamar High School.

"After graduating from high school, Blaylock returned to Germany to attend Bauhaus-University Weimar and earned a European diploma (the German equivalent to a master's degree) in the Fine Arts Program. He graduated with highest honors from the university and studied abroad in multiple countries.

"Upon returning to Houston and his roots at Roger Martin Properties, Blaylock is happy to be a part of the company as a staff member and graphic design assistant."